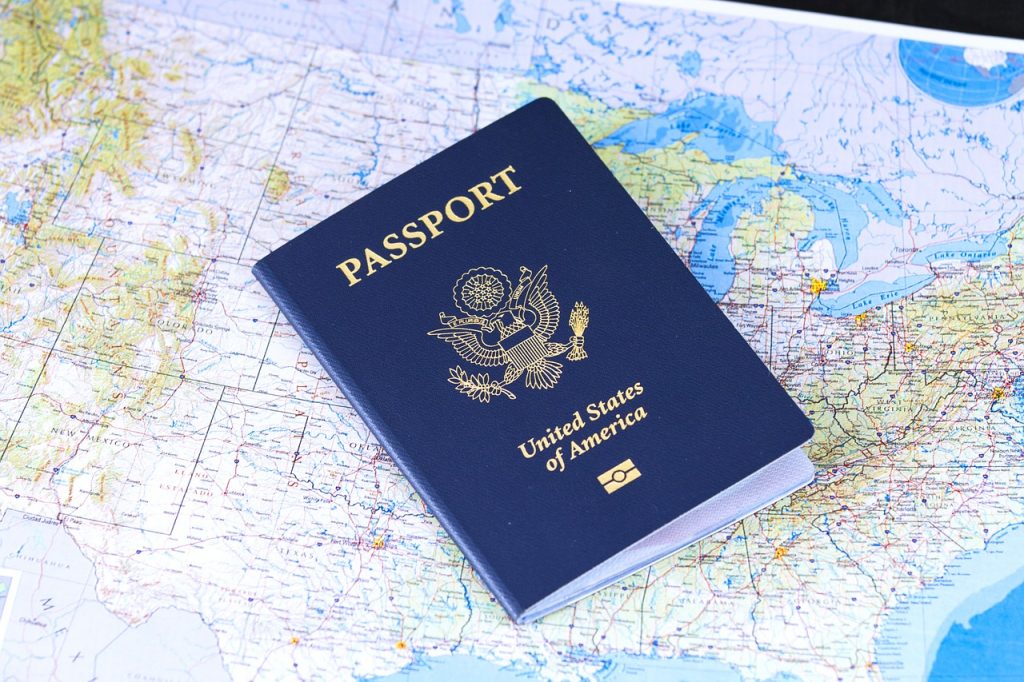 This is the official US Immigration Organization web site.

Beware of Immigration Scams: It came to our attention that there are a lot of companies charging between $99.00-1600.00 (processing fee not included), while the actual preparation price with the US Immigration Organization is $149.00.

Important: You cannot apply for a U.S. Passport in local USCIS office. However, you may do so in your local postal office. You may also start preparing your passport documents online, by clicking “Start Your Application” button above.

The U.S. Department of State (DOS) has the only authority to grant, issue, or verify United States passports, and does so through the Passport Services Office. This office of the Bureau of Consular Affairs (CA) provides information and services to American citizens about obtaining, replacing, renewing, or correcting/changing a passport.

Important: Travel to Mexico, Canada or the Caribbean
Until June 1, 2009, all U.S. citizens need to show proof of identity and proof of U.S. Citizenship when entering the United States from Canada, Mexico, Bermuda and the 17 countries of the Caribbean region by land or sea.

On June 1, 2009, that will change when the U.S. government implements the full requirements of the land and sea phase of the Western Hemisphere Travel Initiative (WHTI). The proposed rules require most U.S. citizens entering the United States at sea or land ports of entry to have a passport, passport card, or other travel document approved by the Department of Homeland Security. It is absolutely essential that you refer only to the U.S. State Department’s Western Hemisphere Travel Initiative information web site when planning travel to Mexico, Canada or the Caribbean.

NOTE: Effective April 1, 2011, the U.S. Department of State began requiring the full names of the applicant’s parent(s) to be listed on all certified birth certificates to be considered as primary evidence of U.S. citizenship for all passport applicants, regardless of age. Certified birth certificates missing this information are no longer acceptable as evidence of citizenship. This did not affect applications already in-process that had been submitted or accepted before April 1, 2011. See: 22 CFR 51.42(a)

All US citizens traveling anywhere outside the United States will need a passport. All children regardless of age, including newborns and infants, must have their own passport. There are special requirements for All Minors Ages 16 & 17. A U.S Passport is not required for direct travel within the 50 States (including Hawaii, Alaska, and District of Columbia) and U.S Territories (Puerto Rico, Guam, U.S Virgin Islands, Northern Mariana Islands, American Samoa, Swains Island). However, if you are traveling to a U.S. State or Territory through another country (for example, traveling through Canada to go to Alaska, or, traveling through Japan to go to Guam), a passport may be required.

What are US Passport Photographs requirements?

You will need to provide two (2) identical, passport-quality photographs with you application for a US passport.

Identical and in color
2 x 2 inches in size
Taken within the past 6 months, showing current appearance
Full face, front view with a plain white or off-white background
Between 1 inch and 1 3/8 inches from the bottom of the chin to the top of the head
Taken in normal street attire:
Uniforms should not be worn in photographs except religious attire that is worn daily
Do not wear a hat or headgear that obscures the hair or hairline
If you normally wear prescription glasses, a hearing device, wig or similar articles, they should be worn for your picture
Dark glasses or nonprescription glasses with tinted lenses are not acceptable unless you need them for medical reasons (a medical certificate may be required)
Vending machine photos are not generally acceptable
You can take your own digital photographs if they meet the US passport requirements for digital photographs.

What Proof of Identification is Required?

When you apply for a US passport in person(usually bringing your prepared documents to post office), you will need to present at least one acceptable form of identification, including:

How long will it take until I receive my Passport?

Current processing times for US Passport applications can be found on the State Department’s Applications Processing Times web page. Once you have applied for a US passport, you can check the status of your application online.
ROUTINE SERVICE
Routing Service (standard speed) takes approximately 4-6 weeks from the time of application received by US Department of State.

EXPEDITED SERVICE
Processing requests for expedited service in about 2-3 weeks door-to-door, when overnight delivery is requested and paid for both ways (to and from the passport agency).

What are the New Requirements for Passport Applicants with Puerto Rican Birth Certificates?

Can I prepare my US Passport documents using US Immigration Organization website?

Citizens of most foreign countries require a visa to enter the United States. Visas are issued at U.S. consulates and embassies abroad, and allow the individual to travel to a U.S. port of entry and request permission to enter the country.

This was fraudulent website, copying the USCIS website. This site is now for educational purposes only. Click here to learn more about the fraud and how to protect yourself.